On the occasion of the visit by HMCG Seif Usher, the All-Party Parliamentary Group on Hajj & Umrah hosted a special meeting which took place on Wednesday 24th April 2019 5pm-6:30pm in the Boothroyd Room, Portcullis House, Westminster, London.

Opening the Meeting Imran Hussain MP welcomed the HM Consul-General Mr Seif Usher and his team to the special meeting along with members from UK Hajj & Umrah Tour Operators, the Police and key stakeholders.  He clarified for the benefit of those attending tht the APPG was not there to govern the industry nor control Hajj visas.    The APPG’s main role was to ensure that their constituents who embark on Hajj & Umrah do so with reputable and licensed companies and they come back with a memorable positive life-changing experience.    The APPG operates an open door policy for everyone to contribute and be part of the change.   He welcomed interested parties interested in further engagement to email the Secretariat a copy of their CV and a short statement of how they could benefit the group and areas of expertise with valid references.  Imran thanked the efforts from Association of Muslim Police at City of London Police and the Civil Aviation Authority who have done some independent awareness campaigns around Hajj package bookings.  He further reiterated that the APPG however does advocate one joint message from the key stakeholders and will be publishing this soon.  All Licensed Hajj & Umrah operators are welcome to be part of this campaign.

On behalf of the Secretariat (CBHUK) Mr Rashid Mogradia reported that the APPG hosted a PRIVATE reception in the House of Lords for the Makkah Chamber of Commerce Delegation on 5th April 2019 and thanked the APPG Vice-Chair  Lord Qurban Hussain for his assistance.  The event was organised by the secretariat and it’s sponsors USI Money, Usoft IT solutions, Steakout and Kaspas.   The meeting was very well received by the delegation.  He thanked the UKTI team at the British Consulate Jeddah for partnering with the APPG and welcomed this as part of a regular event in the annual calendar.

The Secretariat led an APPG Delegation flew to Saudi Arabia (8th-16th April)  where he met with the Minister for Hajj H.E Dr.  Mohammad Saleh Benten, Makkah Chamber of Commerce and not least attended the Queens Birthday Party event hosted by the British Consulate Jeddah.  Sadly owing to some last minute Brexit votes, the MP’s could not travel.

A historic Memorandum of Understanding signing took place between the Secretariat – the Council of British Hajjis (CBHUK) and the National Committee for Hajj & Umrah (KSA) for mutual cooperation on Hajj & Umrah matters at the Makkah Chamber of Commerce headquarters in the holy city of Makkah, Saudi Arabia in the presence of HM Consul-General Mr Seif Usher, the Chairman of the Makkah Chamber of Commerce H.E. Mr Hisham Kaaki, the Chairman of the NCHU Mr Marwan Shaban and CEO of CBHUK Mr Rashid Mogradia.   The MOU will benefit British pilgrims undertaking Hajj & Umrah through enhanced services.

HM Consul-General Seif Usher and his team thanked the APPG for hosting them and gave an insight to the work of the British Consulate Jeddah in supporting British nationals.  Mr Usher emphasised the pivotal role of the APPG in coordinating efforts in serving British Muslims undertaking Hajj & Umrah.  He asked the stakeholders to work with the APPG to achieve common goals.   Mr Haytham Hamid (Vice-Consul) and Saba Said (Corporate Communications) talked about the new Hajj campaign from the Foriegn & Commonweatlh Office and launched the Hajj 2019 digital booklet.  A preview of the campaign was shown with further outreach work to be conducted after Ramadan to deliver the travel advice to British pilgrims.

Yasmin Qureshi MP, Chair of the APPG on Hajj & Umrah thanked the British Consulate team for their support to British nationals.

Professor Sean McLoughlin talked about the Leeds University Hajj Research which concluded with 3 Regional consultations taking place in Bradford, Birmingham and London.  He thanked everyone who took part in that including Imran Hussain MP and Lord Qurban Hussain.  The findings will feed into the APPG’s own Hajj Awareness Campaign as well as the 1st Independent Report on the UK Hajj &Umrah sector being drafted.   The report launch is scheduled in June 2019. 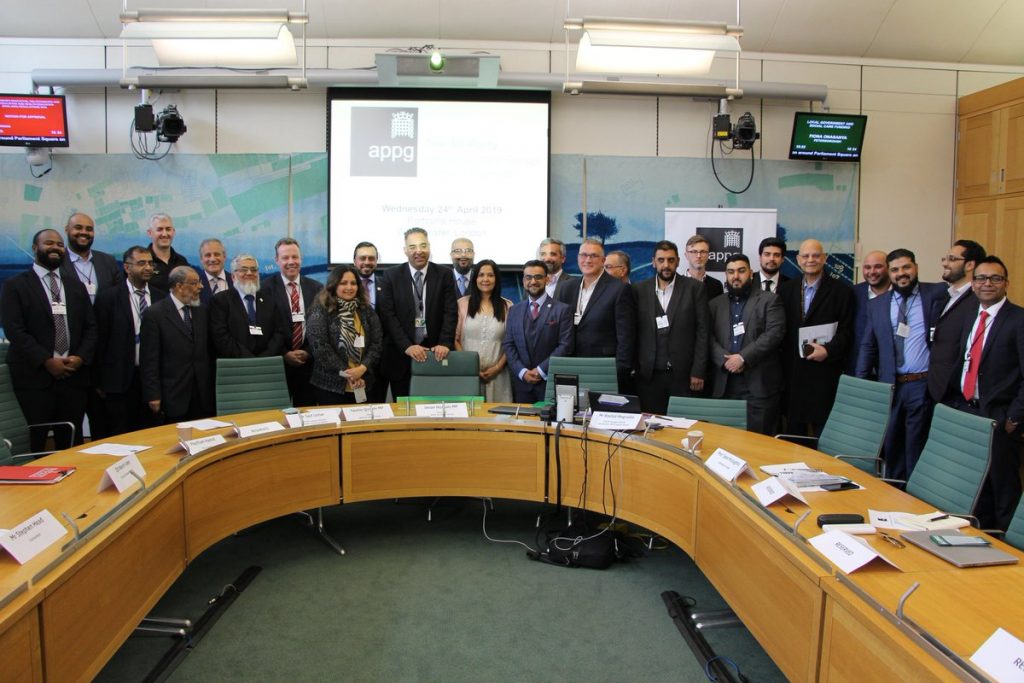 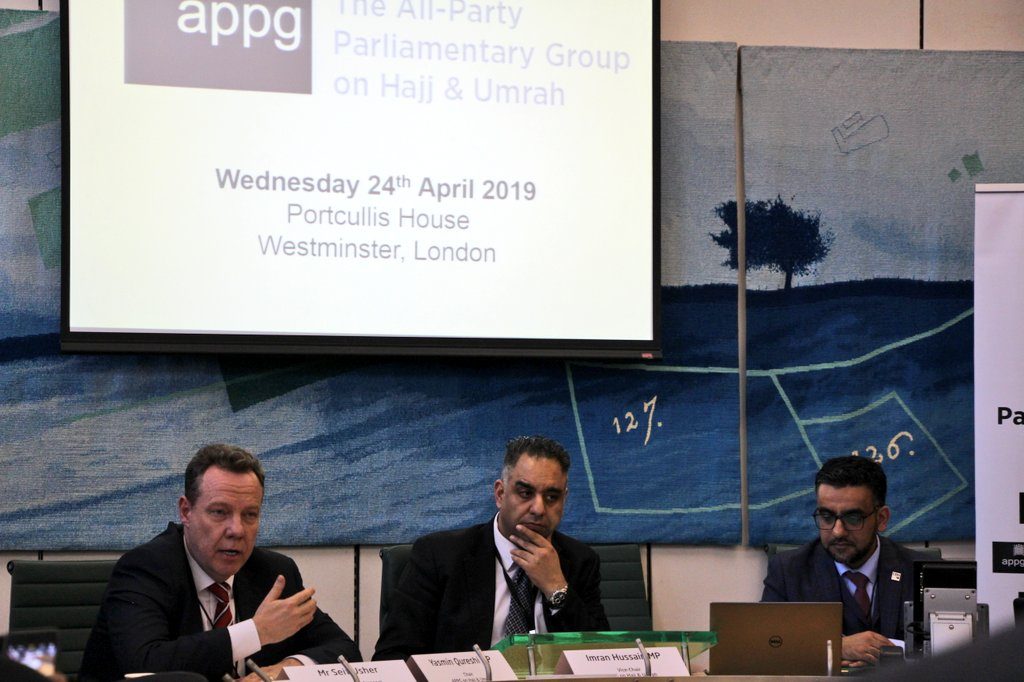 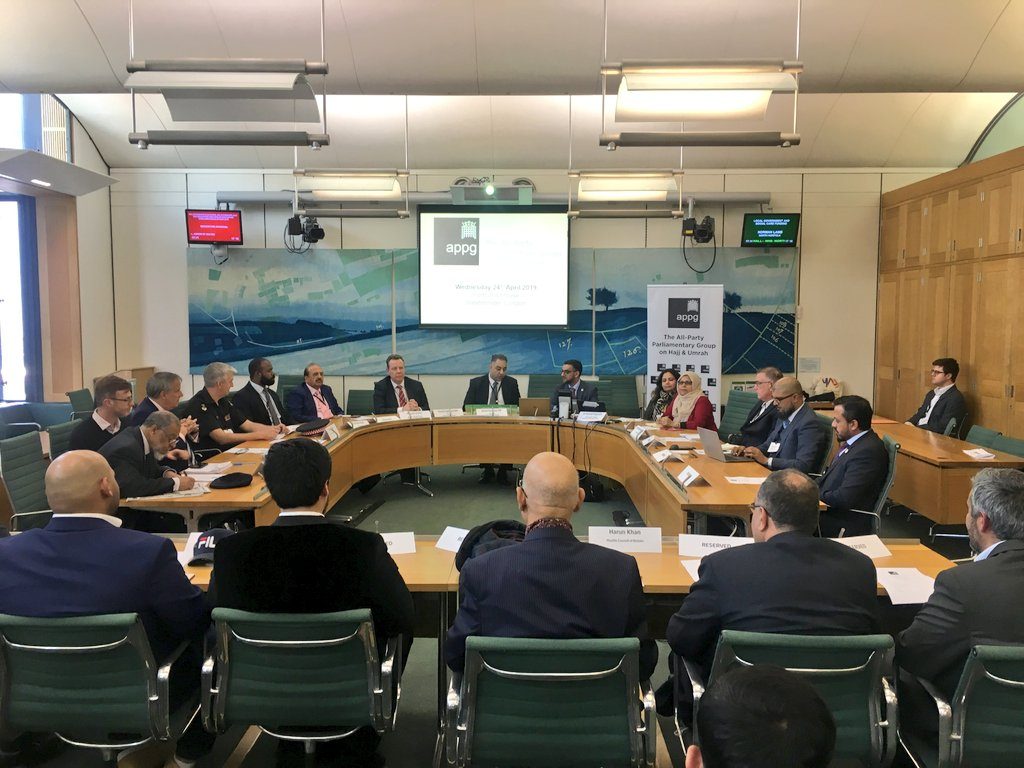 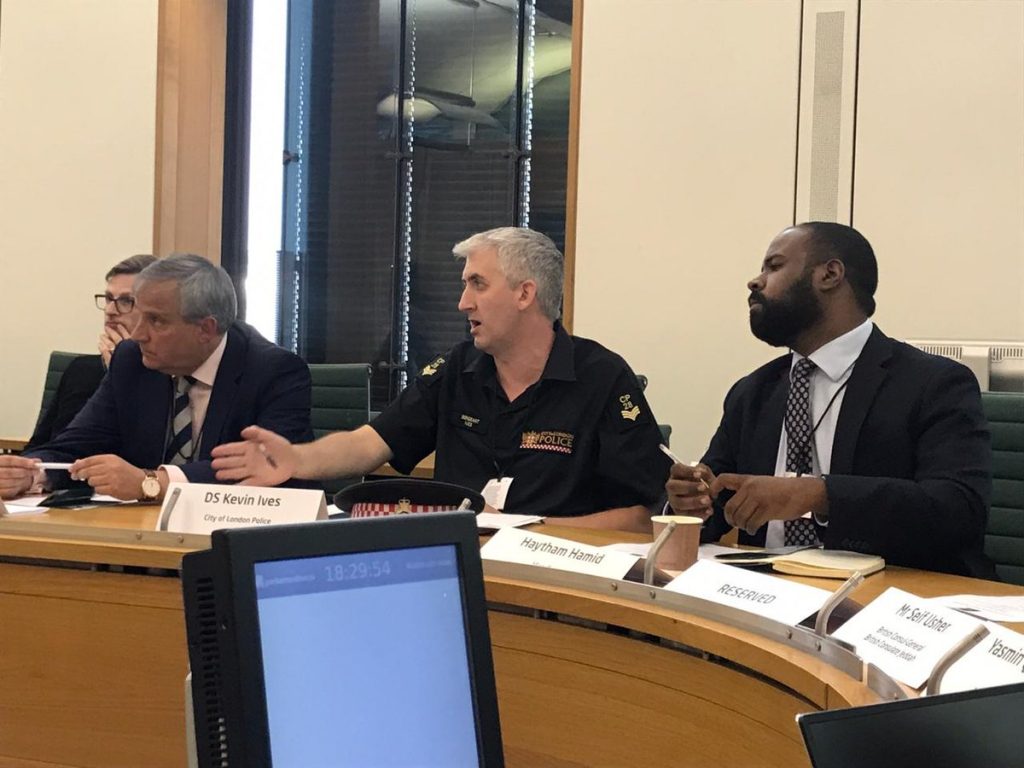 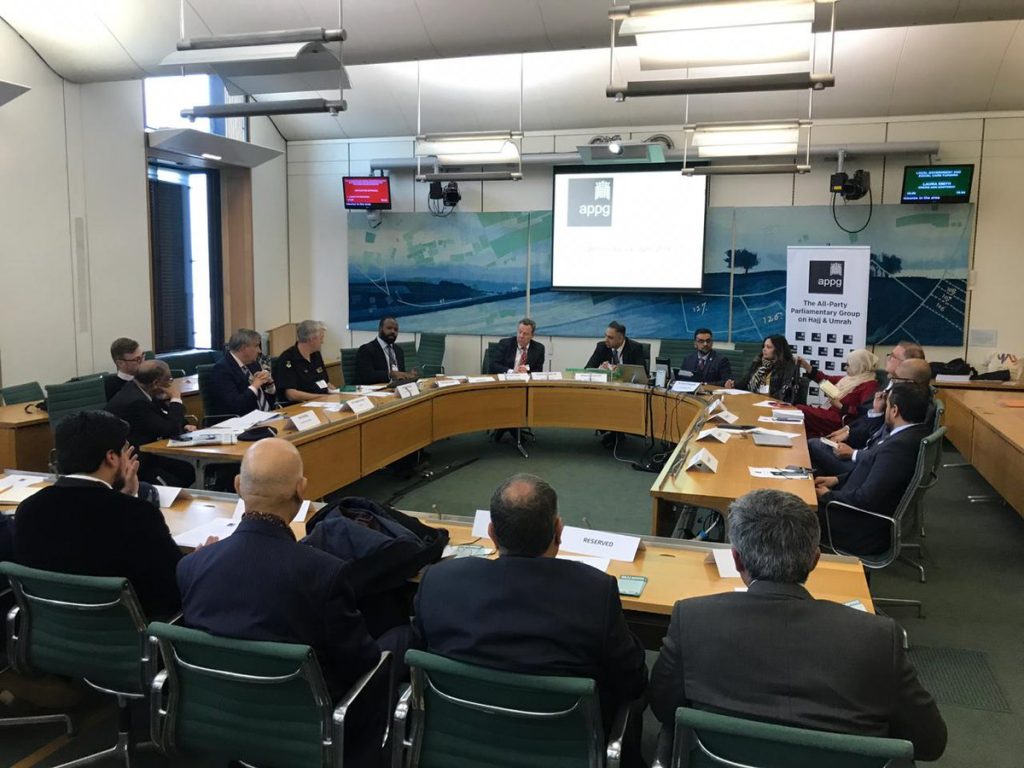 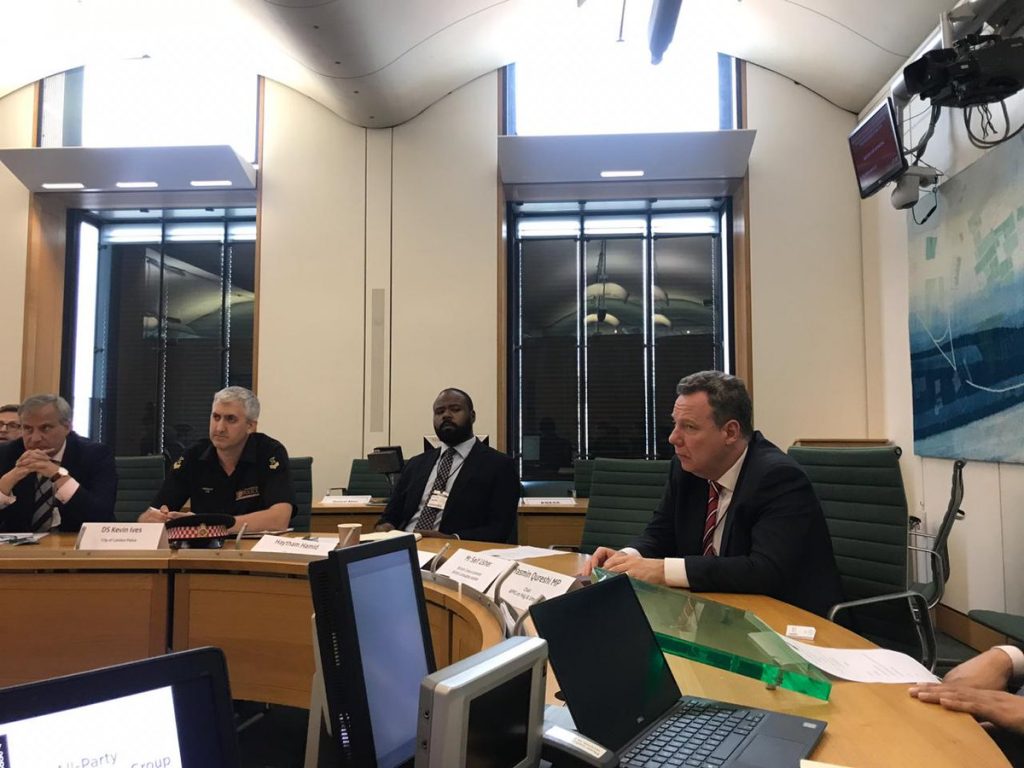 To request to attend, please complete the form below by Monday 22nd April 2019.
A confirmation and official invite will be sent to you on successful registration.

This is a special meeting ahead of Ramadan and Hajj 2019 with key stakeholders and Hajj & Umrah Tour Operators.