Four British people have died and 12 others have been hurt in a coach crash in Saudi Arabia, a travel firm says.

“I am really saddened to hear of the death of pilgrims. My prayers and thought for them and their family at this difficult time”.

A spokesperson for CBHUK (The Council of British Hajjis) a national pilgrim welfare charity and secretariat of the APPG on Hajj & Umrah said “Our thoughts and prayers are with the families of those who have been affected by this tragic accident whilst on the Umrah pilgrimage to the holy lands. We have been in touch with the British Consulate in Jeddah who are providing on the ground consular support”.

Harun Khan, Secretary General of the Muslim Council of Britain said
“We are saddened to hear of the deaths of four British Umrah pilgrims in Saudi Arabia following a major road collision between Makkah and Madinah. Our thoughts and prayers are with the families of the deceased and those injured. The distressed need the timely support provided by the Foreign Office and the Council of British Hajjis”.

HRH Prince Mohammed bin Nawaf – the Saudi Ambassador to the UK has instructed his consular team at the Royal Embassy of Saudi Arabia London to issue visas to the families of those affected to travel to Saudi Arabia. 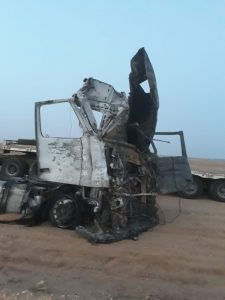 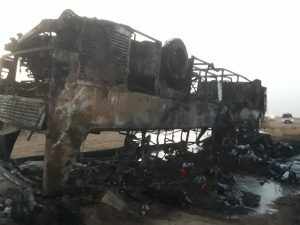